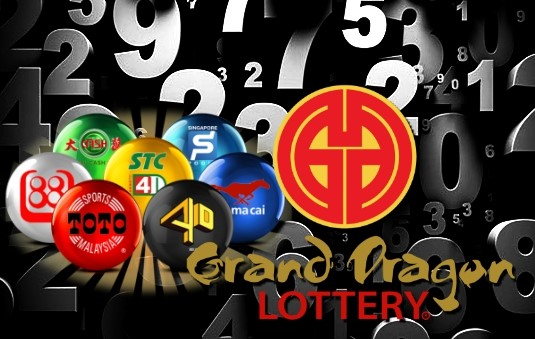 Grand Dragon Lottery is a four-digit real-time game that originally started in Cambodia. The game is also extended its services in a few different countries such as Malaysia, Vietnam, Thailand, and Malaysia. To gain the trust of the Malaysian audience and keep their business clean, in Malaysia The Grand Dragon lottery is also known as Haolong 4D.

All the lottery activities at Grand Dragon Lotto are broadcasted in a live stream with the audience. They allow people to bet from as low as $1. In addition to this, they also ensure a smooth distribution of the lottery money to the winners.

GD Lottery or Haolong 4D is famous all around the world especially because of its 4D live result. The live-streamed broadcast of the results consists of 3 steps:

Grand Dragon Lottery focuses a lot on the earning of a profit and while doing that they also pay back to the general public as well. As a part of their income is distributed amongst the community that is in need. Through efficient upgrades, they are now keeping up with the requirements of the increasing number of participants from the countries as Haolong 4D allows anyone to participate in the lottery and each a chance of winning a good amount of money.

Another integral part of the lottery is that they are very keen on keeping the confidentiality of their customers which includes gaming activities and monetary details as well. Making lottery entries in the Grand Dragon Lottery 4D is not a very complicated process but only those should enter the 4D Lotto if they can afford it.

How to Play Grand Dragon Lottery?

In Cambodia, Grand Dragon Lottery is the only registered 4D Live Result Broadcaster. Every single lottery activity is broadcasted live through the internet to the audience.

The rules of this game are the same in the other four countries as in Cambodia. Grand Dragon Lotto is a simple game only if you follow the rules and procedures.

The players are supposed to choose from a number range of 0000 to 9999. The players have to submit a number within this range. There is a good chance of the numbers repeating.

After their primary awards, the 4D Big A also offers consolation prizes. Meanwhile, the 4D Small doesn’t offer any such prizes, this bet only offers a first, second, and third prize. However, 4D Small offers bigger payouts to make up for the fewer possibilities of players winning this bet.

Moreover, 4D single-A just has the one top prize. The 3D ABC bet offers the player to win the prize only if the three numbers from the drawn number will match the winning combination. The 3D A bet allows players to win just a single award, if the players have three matching numbers out of four, from the winning number combination.

All of these betting options may seem confusing but once you get familiar with that you can decide on your favorite kind of bed and make things easy for yourself where the Grand Dragon lottery takes place every day which means that you will at least have seven opportunities in a week to win a lottery prize. In the Haolong 4D, there are no restrictions when it comes to the nationality of the players, anyone can play the game.

Once you learn all the rules and procedures of Grand Dragon Lotto and also learn how to play Lucky Dragon Lotto it's time that you get familiar with the actual awards that a given out.

The players must be very careful when they select their betting amount. It should be a sum of money that you feel comfortable while spending on your lottery ticket. Going overboard with a considerable amount of money is not a very good idea Although a larger amount of money may benefit your payout, you will also be at a higher risk of losing money.

The 4D A bet type only has a single award category. If the player is to bet one dollar, they can expect to win $6,000. This option although, offers the highest amount in The Grand Dragon lottery but it also comes with the worst odds of winning but in the event of 3D ABC prizes, the last three-digit should be matched with the first second and third prize-winning combination of numbers. The first prize will be $250 and the second prize is $210 and the third prize is $150. 3D A bet provides a prize of $660 at the end.

Apart from that, the players have the flexibility and the freedom in terms of betting at Haolong 4D. They can easily select bet types can also decide what sum of bet are they going to place on the table, that sum will then determine the payout in case the players score a winning bet.